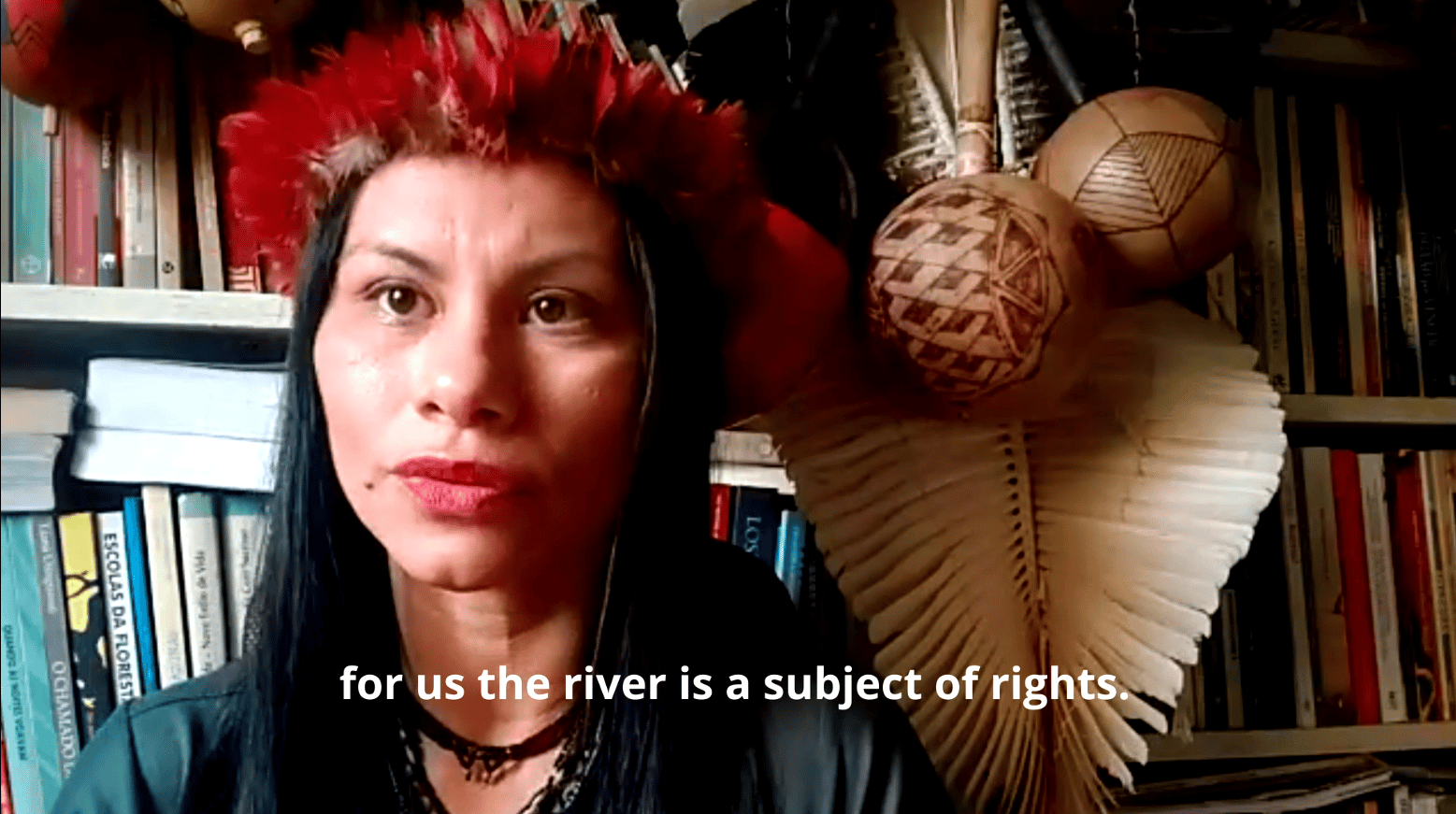 “Jatun Yacu” is the indigenous name, in Quechua language, for one of the tributaries of the Amazon river in Ecuador. As the Amazon river flows from its source to the Atlantic Ocean, it crosses four countries with different legal systems. This pilot documentary film traces the ebb and flow of rights in and of the Amazon across space and time, ethnographically exploring the question of what it means for a river to have rights, where these rights come from and what they might look like visually. It aims to show that while the notion of rights of nature may seem exotic to Western legal minds at first glance, a closer look reveals that the idea that non-human entities have rights is not new.

After the screening the public is invited for a open discussion on rights of nature and on the use of non traditional mediums of scientific production, with one of the movie directors, researcher Dr. Maria Cecilia Oliveira. She is project leader for the research group Democratic Governance for Ecopolitical Transformations (ECOPOL) at the Institute for Advanced Sustainability Studies (IASS) researching on climate change and democracy. At her work she  explores possible bridges between science, aesthetics and ecopolitics.

She will be joined on the panel by Juan Auz who is an Ecuadorian lawyer and a PhD candidate at the Hertie School in Berlin. Before this, he was a fellow at the Potsdam Institute for Climate Impact Research (PIK). His research lies at the junction of human rights and climate change law, focusing on Latin America. The discussion will be moderated by Irem Couchouron, Head of Programming & Industry at the SILBERSALZ Science & Media Festival.

Information about the physical accessibility of the Museum für Naturkunde can be found here (see ‘evolution in action’ for exact location on the map).

Head of the transdisciplinary research group “Democratic Governance and Ecopolitical Transformations” (EcoPol) at IASS Potsdam. She is currently working with the EcoPol group on a transdisciplinary case study in the Amazon Basin. Within the Amazon Basin, research areas include rights of nature, environmental crises, indigenous activism, knowledge production, populism, and climate policy development in the context of the Paris Agreement. Another area of interest is science communication, aiming to connect art and politics through dialogue forums, documentaries, podcasts, performances, and lectures.

Head of Programming & Industry at the SILBERSALZ Science & Media Festival, taking place annually in June in Halle (Saale), Germany.  She is responsible for the overall programming of the festival, as well as the curation of its Film and Performing Arts programme, with the aim to render science accessible to the general public, and encouraging the dialogue and collaboration between scientists and media professionals.

He is a lawyer and a PhD candidate at the Hertie School’s Centre for Fundamental Rights in Berlin. Before this, he was an Alexander von Humboldt fellow at the Potsdam Institute for Climate Impact Research (PIK). His research lies at the junction of human rights and climate change law, focusing on Latin America. Juan has previously worked for several years in Ecuador on indigenous peoples’ rights in Amazonia as the co-founder of Terra Mater and Executive Director of Fundación Pachamama. He holds an LL.B. from Universidad de las Americas in Quito and an LL.M. in Global Environmental Law from the University of Edinburgh.

Art for an Ethical AI

Torfitz. The Game for Structural Change