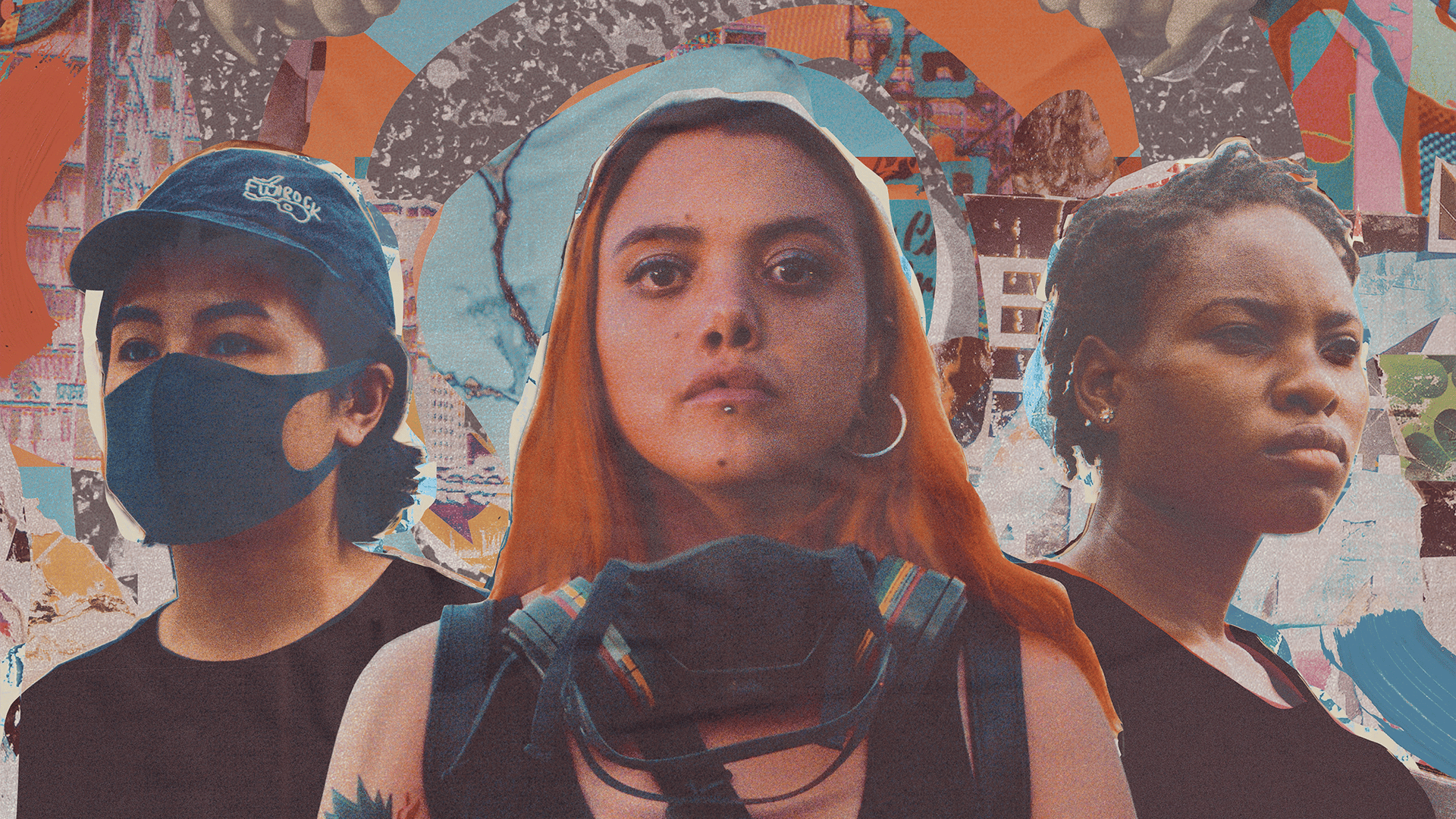 Three countries, three conflicts, three women marching in the streets fighting for their and our future children

Smoke on the streets of the Chilean capital Santiago, the faces of young people covered by gas masks. A seemingly anarchistic protest march for social justice, opposed by massive police violence. Next is Uganda, where vast amounts of plastic waste float in the waters. A protest march of young people in natural green tops lets their emotionally charged voices for climate protection echo through the city. Afterwards, shrill police sirens lead into a Hong Kong night. Amidst the neon-lit alleys, reporters in reflective waistcoats rush to follow the brutal events. Young activists and heavily armed police clash.

These events are united in the revolt of the young population with the will to change the present and create a future worth living.

The documentary DEAR FUTURE CHILDREN takes a look at these youth movements and tells the stories of three young activists from Chile, Uganda and Hong Kong in a continuous parallel montage. Through the stories of these movements, the documentary reflects in depth the rebellious pulse of a time in which committed and imaginative young people decide to change the world. All this in the midst of an age that makes it possible to establish movements that are millions strong within a few weeks.

DEAR FUTURE CHILDREN offers highly personal insights into the daily lives of the three protagonists and accompanies them during strong as well as difficult moments: in the minutes before a big speech as well as on the dangerous frontline. It reveals the real obstacles to change, even as millions of people rise up and an entire generation stands up to the opponents of their future.

At the same time, activism also establishes itself as an inconspicuous antagonist in the film. The necessary commitment to protest takes its toll when retreat after defeat becomes a sheer impossibility. The film reflects this force like a double-edged sword: the decision to participate in protests brings hate messages, enormous risks and an unpredictable public presence into the lives of the young protagonists. Not infrequently, this is followed by unexpected fears and self-doubt and thus the search for advice and support. For the sake of their own future, however, the protagonists of the protest movement are forced to act.

PUBLIC FILM SCREENING ON SITE AT THE CAMPUS. PLEASE REGISTER.

Information about the physical accessibility of the Museum für Naturkunde can be found here. The Humboldt Auditorium is located a few metres from the museum and can be reached barrier-free.

Art and Science of the Invisible World: KEYNOTE JAN ŚWIERKOWSKI