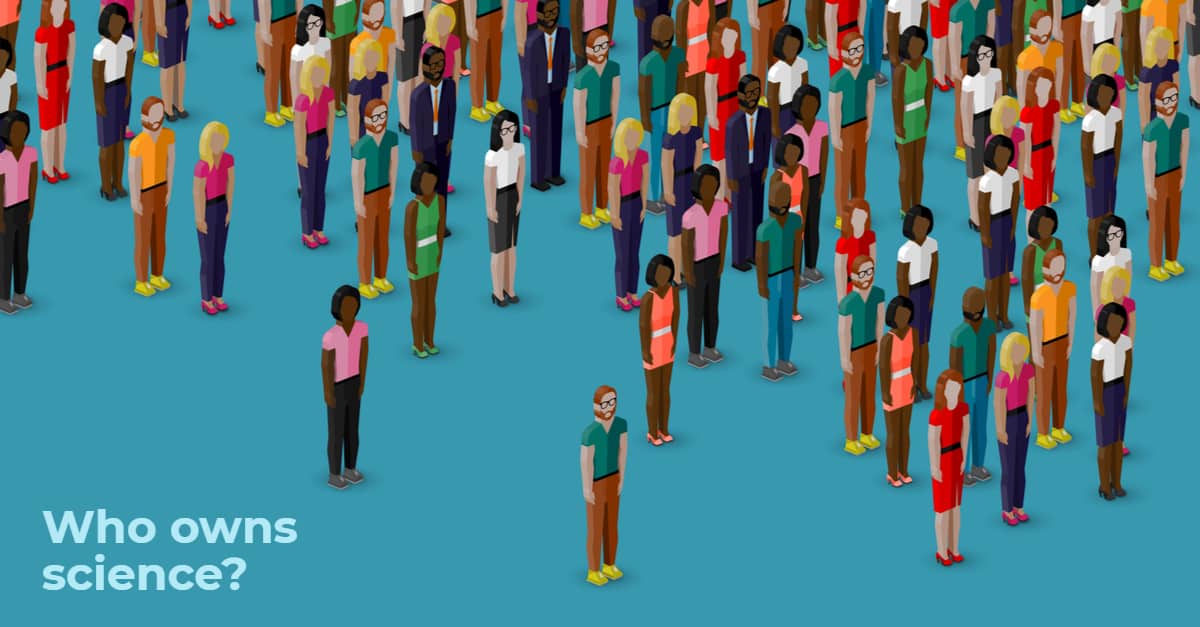 Can the science of tomorrow be guided by today’s society?

Can science include us all? How can the role of society in scientific practice and constructive dialogue be enhanced? How important is equality in science? Is open data a blessing or a threat? How can we immunize citizens to fake news? Does citizen peer reviewing of scientific articles really help?

Five experts from various backgrounds come together to discuss if and why society needs a voice in science. The panel will touch upon the reciprocal interaction of science and society and will explore the valuable and necessary input from the scientific world towards society but also the way society can play an active role in science policies, research and innovation. Open science, patents, fake news, infobesity, equality, trust in science will be a few of the key points discussed by accredited individuals in the sectors of academia, private companies and key societal institutions.

This event can be attended digitally or in-person with a limited on-site audience at the Museum of Natural History.

On-Site: If you would like to attend the event on-site, please book your spot via e-mail to: bayer.foundation@bayer.com

Due to the current situation, we are required to ask for the contact information of each person entering the Museum of Natural History in accordance with the Protection Against Infection Act. We therefore require the following data from all persons who register: First name, last name, address, telephone number and email address.

On-site the protective and hygienic measures of the Museum of Natural History apply. The so-called 3G rule (for „geimpft, genesen oder getestet“, i.e. „vaccinated, recovered or tested“) will be applied: Anyone who is not fully vaccinated or is not considered recovered will be required to provide a recent negative Covid-19 test. Visiting the event is permitted with a medical face mask only.

The registration data will be stored by the Bayer Foundation for the purpose of organizing the event as well as for any subsequent contact follow-up and will also be shared with the organizers of Berlin Science Week and the Museum of Natural History for this purpose.

We will take pictures and videos on the Campus on 5/6 November, which we will use for documentation and communication purposes, and will livestream the events on our website. If you do not agree, please send your denial to via email to info@berlinscienceweek.com prior to the Campus. We also refer to our data protection regulation.

Theo is a science engager, a social entrepreneur and a National Geographic Explorer. He is the Co-Founder and General Manager of SciCo, an international social enterprise aiming to make science and technology simple and understandable to the public and to various stakeholder groups. Under his leaderships, SciCo has run more than 200 high-impact national and international outreach activities and programs namely the “Athens“, “Patras”, Thessaly, “Ioannina”, “Aegean” and “Mediterranean” Science Festivals, “Mind the Lab”, “STEMpowering Youth”, “Generation Next” and “Celebrity Science” amongst others. Collectively they have reached more than 300.000 people. Moreover, he is the Founder of Theta Communications, a company specializing in corporate innovation.

Theo holds a PhD in Medical Genetics from Kings College London and his Post-Doctoral Research work was in hereditary cancer. He has received training in social entrepreneurship and leadership from Stanford University (2016) and Columbia (2019) respectively.

He is an Ashoka Fellow for his work on social entrepreneurship and science education. He has received the British Council UK Alumni Social Impact Award (2017), the Newcastle University Alumni Impact Award (2019) and the Ecsite Marianno Gago Award (2019). He is also a member of the Explorers Club in New York.

Theo has travelled in 92 countries, in 6 continents.

Prof. Dr. h.c. Jutta Allmendinger, Ph.D. is President of the Berlin Social Science Center (WZB) and Professor of Sociology at Humboldt Universität Berlin. She was appointed to both positions in 2007. In addition, she has served as Honorary Professor of Sociology at Freie Universität Berlin since 2012. Jutta Allmendinger studied sociology and social psychology in Mannheim and Madison, Wisconsin, earned her Ph.D. at Harvard University and her habilitation degree at Freie Universität Berlin. From 1992 to 2007, she was a professor at the Ludwig Maximilians Universtät in Munic; from 2003 to 2007, she served as head of the Federal Employment Agency’s Institute for Employment Research (IAB) in Nuremberg.

Christian Rommel became EVP, Global Head of Research & Development and a member of the executive committee of Bayer Pharmaceuticals in February 2021.

Previously, Christian Rommel served as Chief Scientific Officer of Intellikine, a private biotech company based in San Diego, from its inception to acquisition by Takeda. Earlier in his career, Rommel was Head of Target Research at Merck-Serono in Geneva, Switzerland.  He also worked as a scientist in the team of George Yancopoulos at Regeneron Pharmaceuticals, New York.

Christian Rommel received his PhD in molecular oncology from the Max Planck Institute in Berlin, Germany and the Institute of Medical Virology at the University of Zurich, Switzerland. He is also a lecturer of biotechnology at the ETH Zurich, Switzerland. He has authored more than 70 publications, including papers in Science and Nature, and is an inventor or co-inventor of 18 patents.

Jola was born and raised in a small town northwest of Hamburg, Germany, where her high school chemistry teachers sparked her curiosity in the chemical sciences. Lessons in making gummy bears and apple cider solidified her interest in organic chemistry. Jola’s career includes bachelor’s and master’s degrees at the University of Göttingen and a doctorate with honors at the Leibniz Institute for Catalysis associated with the University of Rostock. Intermittent research stays in Stockholm and in Zurich led her to move across the pond to continue her postdoctoral studies amidst cornfields in central Illinois. In late 2016, Jola returned to the Leibniz Institute for Catalysis as an independent research group leader. Her team studies the synthesis of bioactive molecules promoted by light. Her involvement in teaching has taken Jola as far as Vietnam and (across the street) to the University of Rostock. She currently teaches high school teachers the fascinating science of natural products and seeks to foster the next round of curious children.

Just be Yourself! How Individual Differences Shape Collective Behavior